Way back in 2017, Toyota revealed a return to creating humanoid robots with the T-HR3.

At the time, Toyota’s partner robot division had, for the past decade, focused less on humanoids and more on other robotic ventures, like the HSR or Human Support Robot, a robot platform with a user-friendly mobile manipulator design. These friendly and helpful robots were made to assist in household chores and simple tasks, but they didn’t look like humans.

Now, Toyota is back in the humanoid game with the release of the T-HR3. Since its feature at the then-upcoming International Robot Exhibition at Tokyo Big Sight, the bot has revealed new technologies including ever better mobility, precise positioning, and in a test run, wireless operation. It can even make drinks like a bartender.

The T-HR3 humanoid robot is Toyota’s latest robotics platform. While it doesn’t do leaps and gymnastic tricks like the Boston Dynamics Atlas models, the T-HR3 is an impressively lifelike feat of robotics. In this review, we’ll go over its features.

Is the Toyota robot real?

The T-HR3 is a humanoid designed for both domestic and industrial use. It’s operated through a designated base with wearable controls for the system’s master arms and master foot, as well as a head mounted display through which the operator can see from the robot’s perspective. This allows the user to operate safely no matter where the robot is.

What is the T-HR3 made for?

According to Toyota, their new and improved humanoid is pretty much a do-it-all robot. To address a question about their surprising return to humanoid development, the company says the T-HR3 is a platform with “capabilities that can safely assist humans in a variety of settings, such as the home, medical facilities, construction sites,” disaster-ridden areas, and even outer space.

What Does The Toyota T-HR3 Humanoid Partner Robot Do?

Let’s take a look at the many features of the T-HR3 third generation humanoid robot to fully understand it.

The key focus of the T-HR3 is its Master Maneuvering System, which lets a human operator take full control of the robot via a separate base. This new remote maneuvering system then mirrors user movements, allowing for flexible joint control all throughout the robot’s entire body, from foot movements to full room navigation. Along with enhanced balance control and force control (one video shows it picking up a ball), the machine can almost move like a human.

Through wearable remote controls, the human operator can move the robot forward, backward, flail its arms, allowing the 5-foot-tall humanoid to be operated instinctively like a real person would. The MMS contains unique Toyota tech, such as the Torque Servo Module, Self-interference Prevention technology, and Flexible Join Control. It showcases 16 torque servo modules in the chair, 29 more torque servo modules in the robot’s joints, and motion sensors at the feet. The results are convincing pre-programmed movements and never-before-seen dexterity.

Again, Toyota has been a little vague regarding the specifics of the robot’s function in the real world. However, the core technologies developed in the project all point towards domestic and industrial roles for the humanoid.

You can probably imagine the T-HR3 successfully navigating landscapes too dangerous for humans, like disaster-ridden areas or parts of space, while the humans control it safely from miles away. But these robots are, quite literally, closer to home than you think.

In keeping with Toyota’s commitment to support doctors, nurses, and other healthcare workers, the T-HR3 can aid patients and residents with limited capability for movement gain further control of their surroundings. It’s also designed to be able to assist surgeons performing life-saving operations from miles away and even help caregivers perform their work remotely, a particularly timely feature given the coronavirus outbreak.

The Partner Robot team members over at Toyota are primarily concerned with how advanced technologies improve daily lives. The T-HR3, for now, serves as a research project and a case for others to develop friendly robots that can exist harmoniously with humans. By safely managing physical interactions between the two parties, these robots may eventually become a part of the fabric of society.

Pros and Cons of the Toyota T-HR3

What People Are Saying About It

The T-HR3 is one of the most advanced robots to date, able to mimic other’s movements, perform simple tasks with advanced dexterity, and map hand and foot motions through a unique remote operation system. Let’s see how critics have received it.

“Envisioned as a mobility service, in the future, these humanoids will be able to perform surgeries while their operators, human doctors, will be controlling them from another part of the world.” 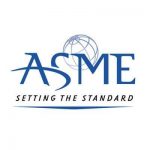 Where to Find the Toyota T-HR3 Humanoid

As of now, Toyota has not launched the T-HR3 for public use nor has it set a release date.

Want to know the best humanoid robots in the market? From the Atlas by Boston Dynamics to Sophia the Humanoid, we’ve rounded up the most advanced models in our full guide.

Overall, the Toyota T-HR3 marks an incredible comeback to humanoid robotics. The unique technology and effective mobility makes this a robot to look out for. Toyota has grand plans for its third-generation humanoid and we can't wait to watch them come into fruition.

Previous Article
Eufy RoboVac 11s Review
Next Article
Robot Dog History: Who Made the First Robotic Dog and When?