Have you ever wanted a puppy that you didn’t need to train? Instead, it knows how to sit, stand, bark on command, and even wag his tail at the sound of your voice — from the very moment you bring it home, until it goes to sleep?

The Zoomer Responsive Robot Dog might be what you’re looking for. Robot dogs bring all the joy that a real animal provides, without the hassle. Say goodbye to vet bills and stray poop with this interactive toy. Let’s take a closer look.

About the Zoomer Playful Pup Responsive Robotic Dog with Voice 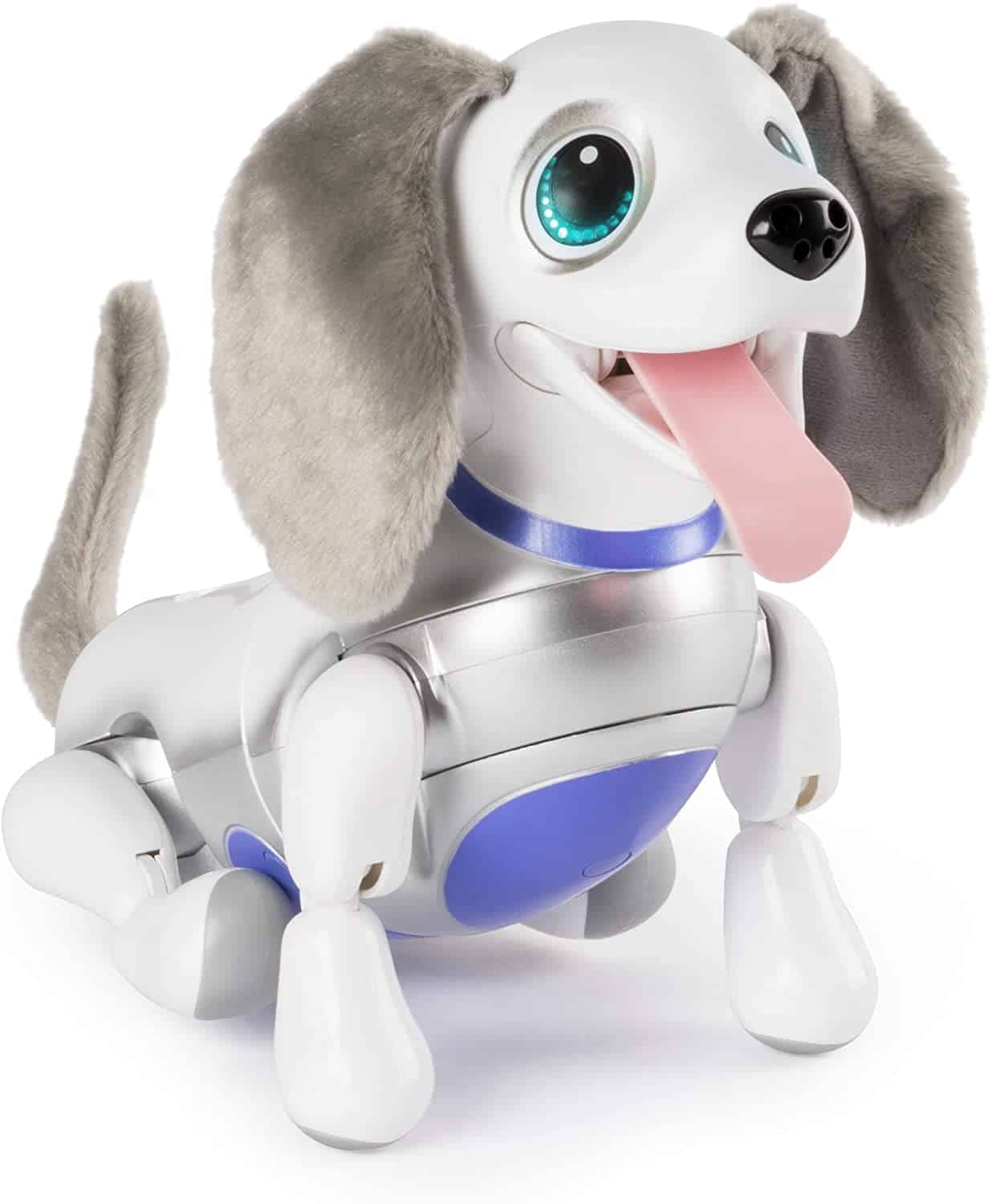 The Zoomer Responsive Robot is a small interactive robotic puppy with a ton of tricks up its sleeve. We’ve also named it one of the best robotic dogs in the market this year. 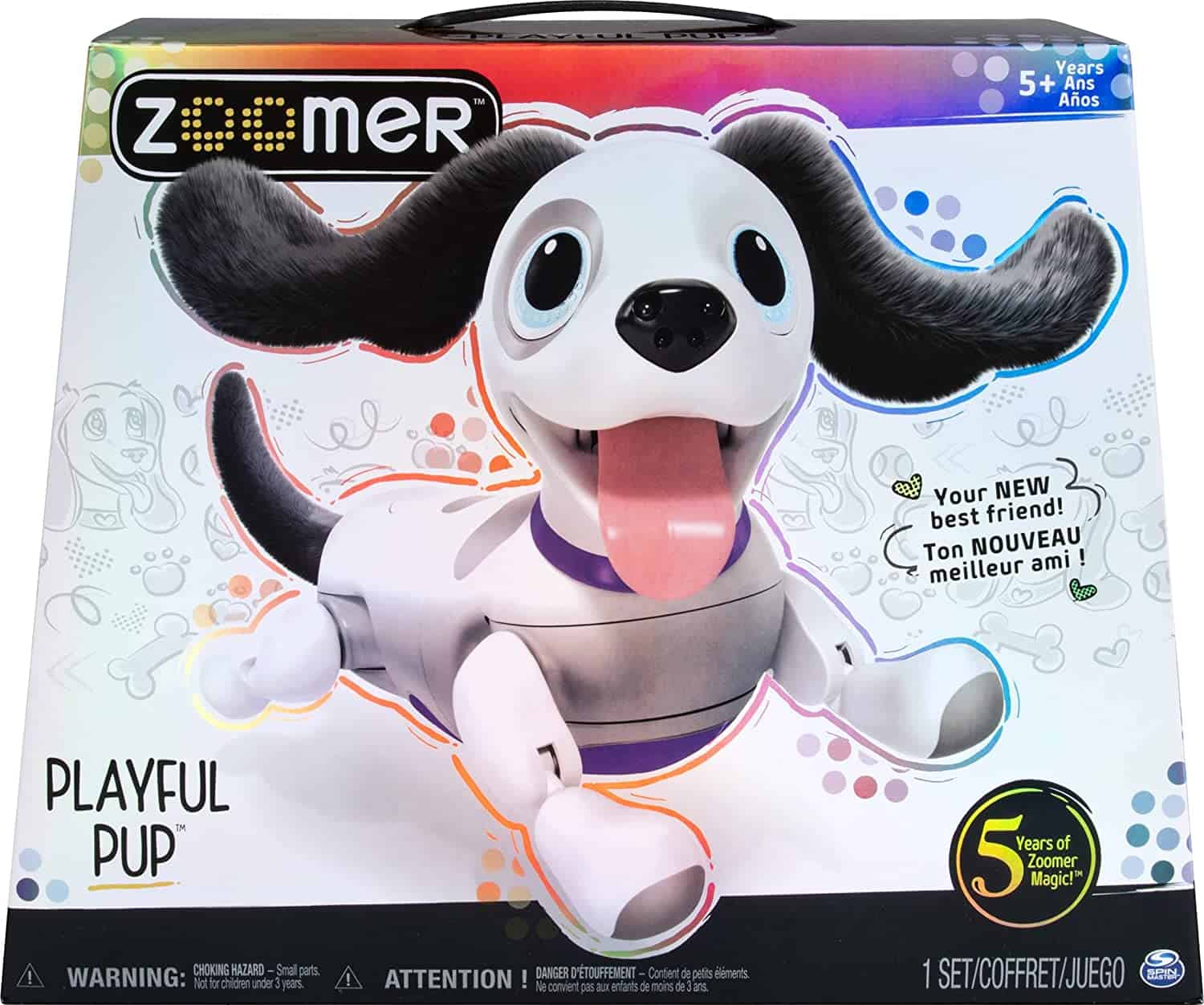 Check out other functions and features on Amazon

Robot dogs aren’t always intended to replace real pets, but they are just as fun and require almost no maintenance. The Zoomer Interactive Puppy is perfect for children who want to play with a pup, but might be too young to fully take care of them. Here are some of the benefits of the Zoomer puppy.

The Zoomer robot may be battery-operated, but it’s just as playful and affectionate as the real thing. It comes with 25 tricks, including bark, walk, play dead, and much more. Like a real pupper, it barks and wags its tail when it wants to play with you or needs just a few more belly rubs.

Plenty of its tricks are accessible via voice commands. All your child has to do is speak directly into a microphone located at the back with commands like sit or lie down.

The Zoomer interactive pup is simply perfect for kids to play with because of its easy use. There’s no need to operate a complicated remote control — all they have to do is talk to the robot as if it’s the real thing.

Adorable Pet Responds to Your Touch

What makes these robots all the more lifelike is their response to human touch. Hug, cuddle, or give it a belly rub, and it will visibly pant with excitement. Give it a rub on the nose, and it’ll nuzzle into your palm.

However, this robot dog will have its drawbacks. The battery life is the most apparent one. It requires a lithium polymer battery (included), and it’s also rechargeable, but the battery life only lasts about 45 minutes when fully used. Worse still, it takes around 2 hours to return the battery life to full. We suggest bringing its USB charger when you plan on travelling with the toy.

Pros and Cons of the Zoomer Responsive Robotic Pet

What People Are Saying About It: Reviews and Ratings

The Zoomer Interactive Puppy is a favorite among many consumers. We’re definitely fans of this playful thing. Let’s see what other people think.

“It is a funny pup that moves its eyes, wags its tail, and sticks out its tongue. It does almost everything that a real dog can do.” 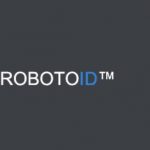 Where to Buy the Zoomer Interactive Puppy 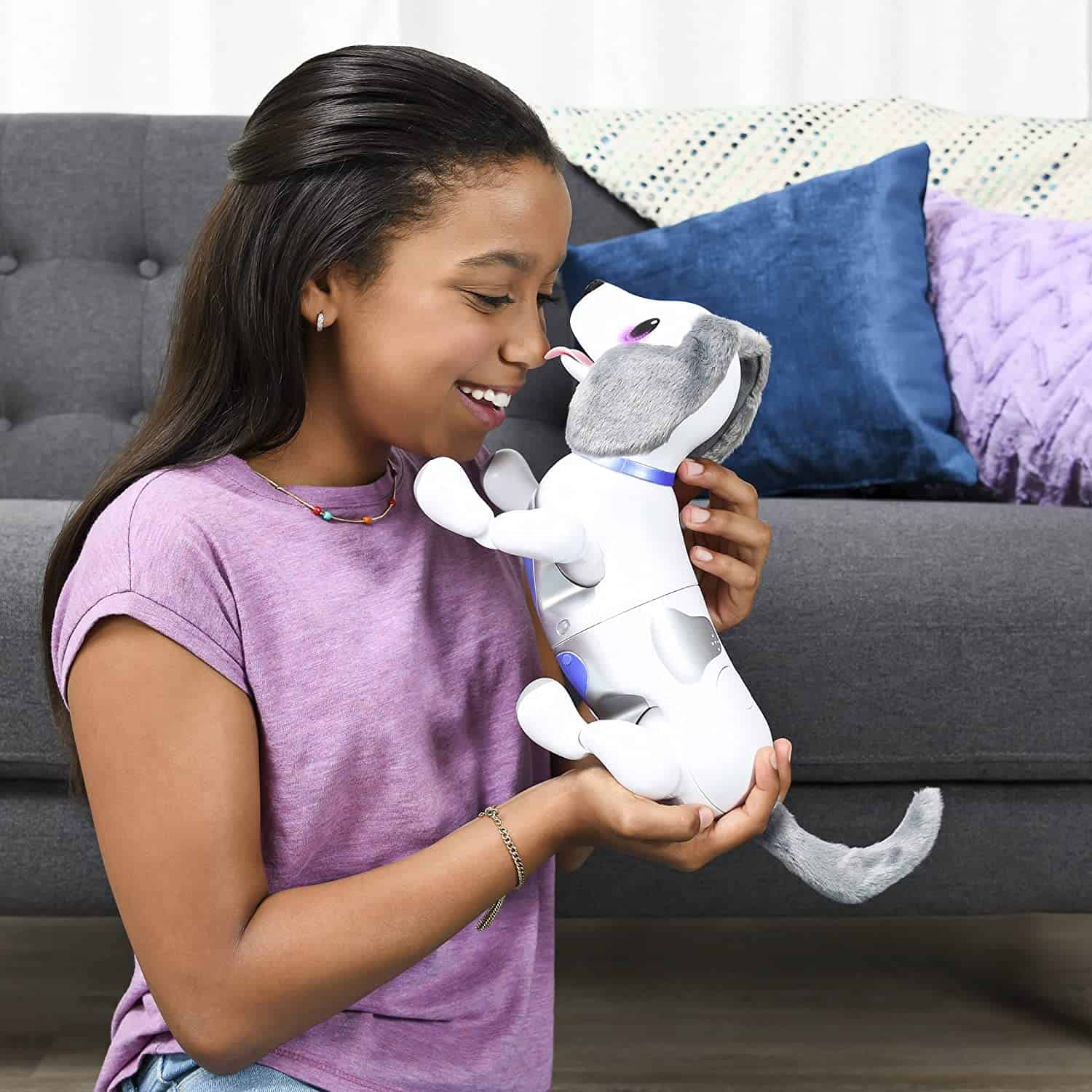 Ready to give your young loved ones the perfect gift? Check out this toy on Amazon for the best deals and prices.

How do I choose the best robot dog toys?

There are plenty of wonderful robot dogs on the market, all with interesting features and lifelike appearances — you can’t really go wrong with any of them.

We’ve compiled a full guide right here so you know which ones better suit your needs and wants, whether that’s a realistic, true-to-life companion to replace the real thing, or simply a playful toy for your children to pass the time with.

Barring its short battery life, the Zoomer Playful Pup is about as close as any robot toy can get to an affectionate, hyperactive puppy that we all know and love. It's interactive, easy to operate, and affordable too.

American-born New Yorker Linda Johnson has been fascinated with robotic machines since she was a teenager, when her father, a surgeon, would introduce to her the machines that he used to perform keyhole surgeries. This interest led her to pursue a tech degree at the University of Washington, where she met Sota Takahashi. They married and now have two children. Linda’s father developed dementia later on and was given a robot pet as a companion. She saw how much having a robot pet friend helped her father, which is what led her to create this website and advocate to spread word about robot pets and how they can help both children and the elderly.