SpaceX CEO and centibillionaire Elon Musk is expanding his entrepreneurship to the world of robotics. For Tesla’s annual AI Day, Musk unveiled his plans to build a humanoid robot, but not the one that’s in your heads.

Unlike the superhuman-like AI robots we see in sci-fi cinema, these Tesla humanoids will be confined to doing mostly mundane, simple tasks that may be dangerous to humans, such as manual labor and factory work.

“It’s basically going to start dealing with work that is boring, repetitive and dangerous,” according to Musk. “What is the work that people would least like to do?” 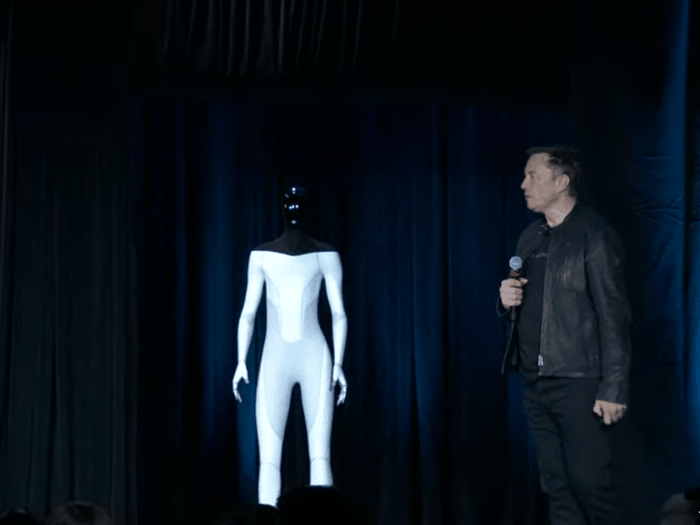 Musk’s ultimate vision for the robot is an all-around friendly humanoid. According to the Tesla founder, you could “talk to it and say, ‘please pick up that bolt and attach it to a car with that wrench,’ and it should be able to do that.”

Users should also be able to command the robots to run certain errands, such as getting groceries.

While these features may seem dull compared to the depiction of robots in pop culture and even to the backflipping, parkour obstacle course-completing Boston Dynamics prototypes, the technology that goes behind them is incredibly complicated.

According to CNN, even the most high-end robots have difficulty performing the same physical tasks as a human toddler. However, Musk aims big. Tesla’s prototype robot will stand at 5″8′ in height, be able to carry 45 pounds, and can move at a speed of 5 miles per hour.

While the Silicon Valley mogul hasn’t made explicit claims as to the use of these humanoids, he cautions that many workers might face losing their jobs in the event that the AI machines are perfected — believing they will have a profound impact on the economy.

Still, the concern of Musk’s reliability remains. He’s been well-documented to make big claims without actually pushing through, or missing deadlines for his projects. Back in 2019, he even made a similar claim of creating “Robo-Taxis” by the following year, which hasn’t exactly happened yet.

Even the company’s signature self-driving automobiles are under fire for being involved in multiple road accidents while using the automated self-driving feature. This has also resulted in two US senators questioning the authenticity of Tesla’s marketing claims.

All that said, one thing Musk promises is that the robots will be friendly.

“We hope this does not feature in a dsytopian sci-fi movie,” Musk quips.

Previous Article
Why Are Robot Pets Good?: 7 Benefits for Users
Next Article
Does a Child With Autism Qualify for Therapy Robot Pets?